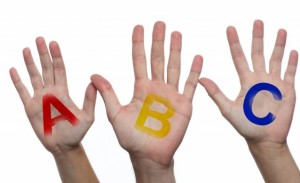 In my humble opinion, one of the coolest tools in the Raiser’s Edge is the merge queries tool. Using that tool, you can take 2 existing queries and merge them, using 1 of 4 operators, to create a 3rd query. One of the coolest operators to use with this cool tool is XOR.

“Okay, Miss Sandy, you’ve always promised not to do Geek speak; that sounds like geek speak to me.”

Fear not, my dears, for you know I shall put it into words that make sense to you. 🙂

When you merge queries, think of it as taking 2 parent queries and creating a child! The query created as a result of the merge is the child of the 2 parents!

Why would I ever do that, you ask?

So, what will the cool child created look like using this cool XOR operator with my 2 existing cool parents ? In the previous example about not mailing to anyone we’ve already mailed to twice this year, the child (merged query) created with the XOR operator (using our previous mailing queries as parents) would include anyone we mailed to in either of the previous mailings, but no one we’ve mailed to twice. The child includes:

Any records in either parent (Blue or Yellow sections)

No records in both parents (Green section)

It’s the opposite of AND, which would include only the records in BOTH parents, or the people we’ve mailed to twice (Green section).

You should know some important rules about merging queries, regardless of the operator you use:

I’m often asked if you can merge a merged query. Well, of course, you can! After all, having once been a child doesn’t preclude you from being a parent, does it? 😉

The other merge operators are equally as powerful, but those are a topic for another post. I chose XOR not only for its cool factor, but also because it is the least understood by most people.